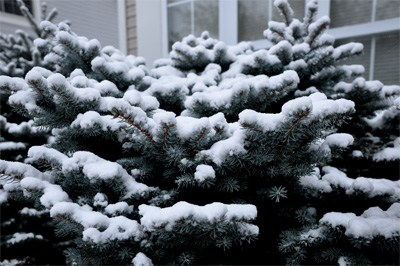 The snow made it to this part of the Lower Peninsula. Detroit was spared, but we’re 70 miles north of the city.

Went outside to shoot some pics and it’s not all that cold, but you can feel the thin layer of ice on the concrete. After all it rained and rained all day yesterday.

The Michigan Department of Transportation’s camera still shows snow covered roads in the Grayling/Gaylord area. And the decision is to stay put one more day and to head up tomorrow. By then the storm will have moved out of the area and the roads should be in better shape.

Leger texted me to say that Boehner can’t get the votes he needs from his fellow Republicans to pass a Plan B bill. I know this makes me old, but I do remember the same thing happening to the Dems when their run was over. The country had changed and they were still running on a liberal agenda. (Nixon was the symbol of the change of the end, but the Dems wouldn’t look.) Well guess what, the country has changed again and the Republicans still thinks that white-men rule. (Obama is the new symbol and there is just as much cultural blindness now as there was 45 years ago.)