In the last two months, Bilby had lost 25% of his weight; he was skin and bones. We took him in to see the vet and she diagnosed severe diabetes to the point where he was toxic and days, if not hours, away from being very sick. After going through the options – flushing out his system and then beginning an insulin regiment. The flush would require a hospital stay and the insulin would be twice a day. Neither of the options would guarantee that he would live either pain-free or diabetes stable and we were also looking at frequent vet consultations and visits. Given these options and outcomes, we decided that the best thing to do was put him down before he became severely ill. 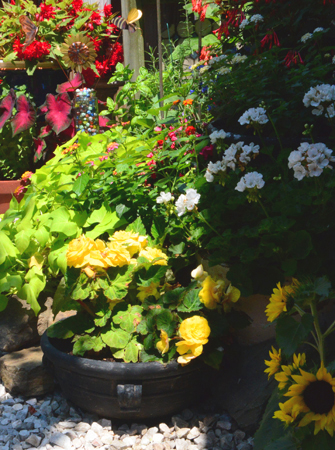 I wasn’t willing to watch him die, so the vet took him from the examination room and we waited until she came back and told us he was gone. (Si ne iutu.) Of the five schnauzers, he had the best disposition. He was friendly and very social.

We got Bilby from a breeder who lived in Columbus, Ohio. The woman who grooms the dogs told me about a breeder she knew that was looking to place two females. (The females were done with their breeding and needed to be placed out of the house.) The dogs would be free. I called the breeder and made arrangements for her to come up to Pittsburgh and show us the females. We also called two friends – Margie and her sister – who were also looking for a dog. The breeder knew she was coming up and had the potential to place both animals.

When she came into the house, she brought one of the females and this 6 month old male puppy. The puppy had this great disposition and I decided that I’d rather have the puppy than a grown dog. Our friends took the female. The breeder placed one her females and made a sale, not a bad trip. (None of us saw the second female.)