mcdonalds is in avignon 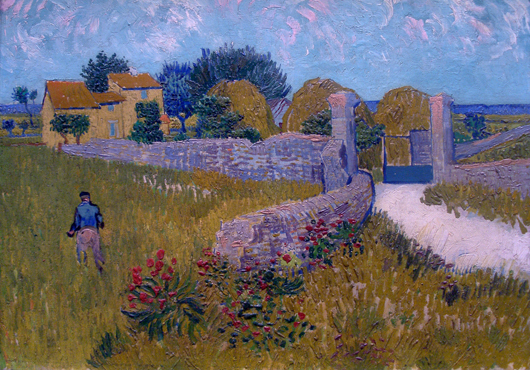 One of my favorite movies is Ridley Scott’s A Good Year. And screen-writer Marc Klein wrote some of my favorite dialogue.
You’ll come to see that a man learns nothing from winning.
McDonalds is in Avignon, fish-and-chips in Marseille.
No Max, it’s your life that does not suit this place.
In California, they don’t make wine.
They make Hawaiian Punch.
We don’t say “shabby,” Max. We say
“filled with the patina of a bygone era.”
You know what Proust said,
“Leave pretty women to men without imagination.”
And remember you’re in France:
the customer is always wrong!

The film is better than the Peter Mayle book of the same title. The convoluted relationships in the book are reduced, the cinematography of the Luberon is spectacular, the underlying theme of solace-in-a-world-obsessed-with-money is more obvious and Albert Finney, even at the end of his life, is someone you can’t take your eyes off. (He may not be the gorgeous hunk of Tom Jones or Two for the Road, but the voice stayed true to the end.)

“I don’t yearn for how I used to look,” Finney bristles. “I don’t think I’m particularly handsome. I think maybe I’m attractive. I remember with Tom Jones being very concerned to tell people that I was not just another pretty face, and that’s why I took all those character roles. Why I played Luther on Broadway, for instance. All those character roles were perhaps an overreaction to being treated like some kind of sex symbol.”

In the film, in the restaurant is the ubiquitous van Gogh poster – Country Road in Provence by Night. I wanted a less recognizable van Gogh, but one that showed the Provencal rural countryside. And though van Gogh’s blues are not something I like, the purples in the Farmhouse in Provence are very different. They make the blue gate, the blue trees, the blue shutters, the blue mountains palatable.