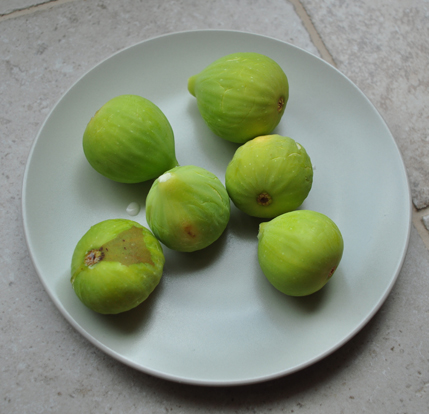 “These were not stolen.” (Rose accused me of doing a Derrick, which means stealing figs from a tree close to the street.) I went walking Via Cupa, the street that the house is on, and saw this huge fig-tree. There was an older man in the driveway, so I asked if I could shoot the tree. I introduced myself and he asked what class I was. (BTW, his name was Mario.) Asking one’s class is asking how old you are. The class is the year your were born. I told him 49; he said his was 32. For an 83 year-old he looked damn good.

He explained that the tree contained several varieties. They had let three trees grow and entwine together. The limbs where I was standing had the white figs. I picked six ripe ones and took them back for us to have with breakfast.