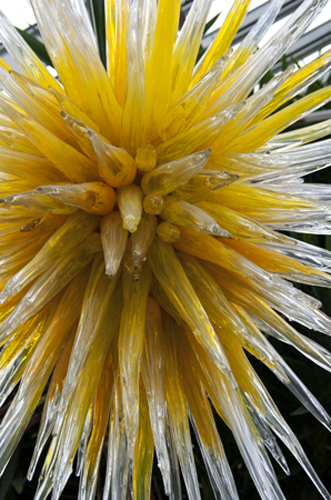 In a small shop, in the Strip, I found an old glass ornament.

The shape is what I remember as the treetop ornament I always used when I was putting up the tree in my parents’ house. (The surprise was that something that once cost under a dollar ended up costing me $10.00.) I always rejected stars or angels for the top of the tree, that was for everyone else, but once Connie took over the decorating, a red garland star covered the top branch. It’s a convoluted memory, given that I no longer put up a tree. The last time I put up a tree was in the mid 70’s – almost 40 years ago.

JOHAN GALTUNG: It’s an effort to try to externalize, to say that there are enemies abroad that are trying to get at us, instead of saying the obvious, namely that we have made a construction, and that construction is dying … If you try to dominate the world economically, militarily, politically and culturally at the same time, and then having these four support each other, it cannot last for a long time. And that’s the phase we are in now. Now, in that period, there will be fascist reactions. It’s not impossible that it could be a military coup in the US from the right, not impossible within this period.

The above is a excerpt from an interview on – Democracy Now.

Johan Galtung is a Norwegian sociologist, mathematician and the principal founder of the discipline of peace and conflict studies. He has spent the past half-century pursuing nonviolent conflict resolution in international relations. His latest book is called The Fall of the US Empire, in which he predicts the collapse of the American empire. However, the decline of the US empire does not imply a decline of the US republic, and the “relief from the burden of Empire control and maintenance…could lead to a blossoming of the US Republic”