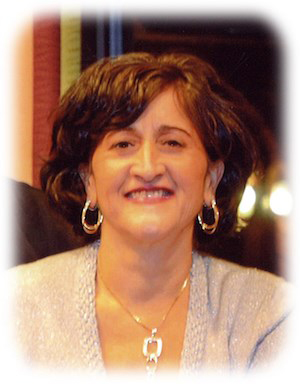 In the spring of 1963, when my family mover to Turner Avenue, our neighbors were the Siriannis – Concetta and Frank and their two kids Mary and Gino. Mary was 2 years old when we moved to Turner Avenue and Gino was a newborn. The two families became friends. And it was common for both families to visit back and forth.

Also living with the Siriannis was Frank’s mother – Za Maria – an old Italian lady who had left Calabria to come live with her son in frigid Northern Ontario. She always wore black.

I remember Mary as a little girl. The young all used Anglicized names. (I became MAY-RIO. And in Canada, my name is still pronounced with the long-A sound.) We discarded the Italian names faster than you could blink. Also, back then she was Mary Sirianni. I even remember baby-sitting her. She was a happy child who would laugh and never give me any trouble.

Five years after moving to Turner Avenue, I left Canada. Soon after the Siriannis also moved from Turner to a new subdivision. But the two families stayed friends. I never saw Mary again not as a teenager not as an adult.

Last week, my mother told me that Mary had been hospitalized with pneumonia, but because of her compromised immune system, Mary had had bone-cancer, the pneumonia put her into a comma from which she never woke up. The image on the left is from the SOOTODAY.com Obituary page.

Mary looks a lot like her dad in the picture. And the obituary attests to a life full of children, grandchildren and a large extended family. It’s wonderful to know that Mary had built a life for herself. To the little girl I once baby-sat, good-bye. You leave behind a group of people who will always remember you.