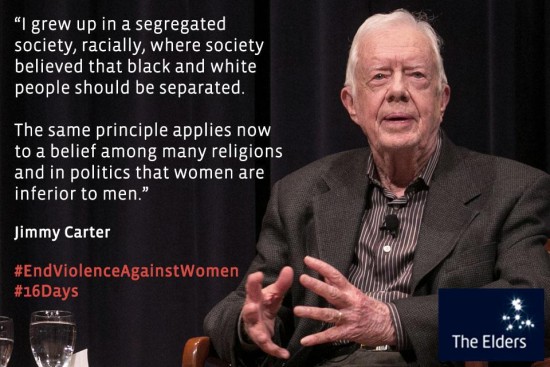 I am collecting other stories and sayings that fit this theme.
If you have a story, please email it to: mario@aprigliano.us.

It’s 240 years since the founding of the Republic, and a major political party has nominated a woman for President.

It’s within this context that Hillary Clinton must make the case that she is the best qualified candidate to be President; and that it’s OK to vote for a woman, for President.

1 – Martin Luther nailed a list of grievances against the Catholic Church onto the door of a chapel in Wittenberg, Germany;
his Ninety-five Theses became the catalyst for the Protestant Reformation.
2 – Voting like a woman – Creators Syndicate columnist Connie Schultz
3 – If Hillary Clinton were a man – Washington Post columnist Richard Cohen