a birthday . . . depends how you count 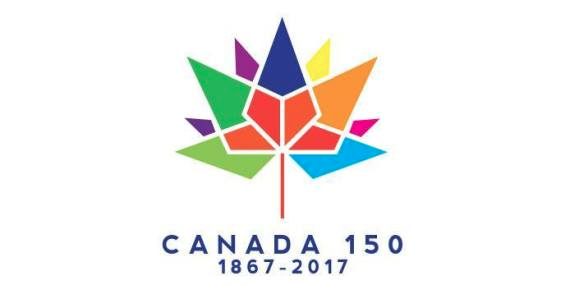 Canadian Confederation, through the British North America Act, was the process by which the British colonies of Canada, Nova Scotia, and New Brunswick were united into one Dominion of Canada. (The Act received royal assent on March 29, 1867, and set July 1, 1867, as the date for union.) Upon Confederation, the old province of Canada was divided into Ontario (Canada West) and Quebec (Canada East); along with Nova Scotia and New Brunswick, the new federation was thus composed of four provinces. Over the years since Confederation, Canada has seen numerous territorial changes and expansions, resulting in the current union of ten provinces and three territories.

I was living in Canada in 1967 when the country celebrated its 100th birthday. But wait, in 1867 Canada wasn’t a self-governing country; it was still a colony of Great Britain. And yet in 1967, all Canadians celebrated the country’s birthday. In Sault Ste Marie a brand new, state-of-the-art library was build to commemorate the centenary. My 1967 yearbook had, on the inside front-cover, a sweeping picture of the Montreal World’s Fair honoring the birthday. Isn’t the Constitution Act 1982, the real date marking Canada as a sovereign nation? But then I’m probably being too detail focused and too contrary.

Well this July 1, using the date of Confederation as its beginning, Canada celebrates its 150th birthday. (Lets note that in 1867, when John A. McDonald and the rest of the Fathers of Confederation were in London compiling the resolutions that became the British North America Act, my house in Pittsburgh was 50 years old.)

This is the last entry for the June trip to Toronto and Sault Ste Marie.