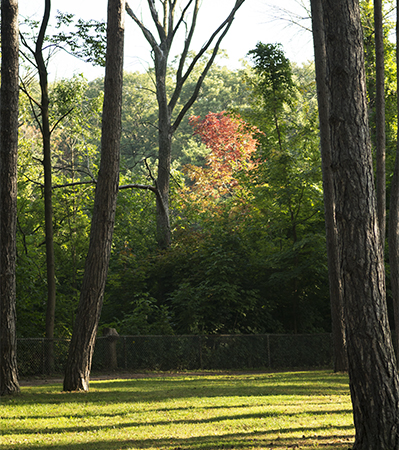 This morning’s walk was through High Park. It’s a walk we’ve done before, but not first thing in the morning. The dew was still on the grass; the fog lazied just above the ground; the sunlight fracted from the east; and morning silence filled the hollows.

High Park anchors a huge green-space in southwestern Toronto. This green-space, along the lakeshore, goes from Humber Park, in the west, to downtown. It’s almost 7 miles of beautiful park-land along the shore of Lake Ontario.

I remember when Canada, because of its wilderness, its open lands, its small population, its miserable winters was considered a backward country. Canadians, when compared to their southern neighbors, were labeled second-class citizens. Today, those once negative attributes make Canada a very desirable destination and Toronto a world-class city. (Franchino has been showing me all the parks and green-spaces within the city limits. Within the city there are multiple golf-courses and it seems like every street has some kind of park or green-space. The city, the 4th largest in North America, doesn’t have the paved-over look of New York or Los Angeles. Toronto actually looks green.)