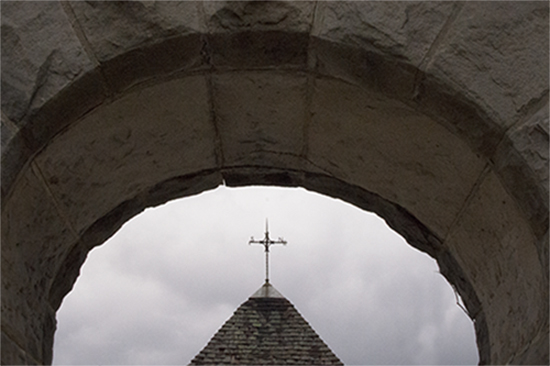 This post is dedicated to Father Pierce one of my high-school teachers. (Yeah, I know it’s two different spellings, but let’s not forget English’s propensity for homophones.) I called Franchino to ask about Father Pierce, because I couldn’t find him in my 11th or 12th grade yearbooks and Frank remembers high-school much better than I do.

Father Pierce was a tall Texan who taught us Religion – Catholic History – in 9th and 10th grades. (I learned about the Babylonians and Nebuchadnezzar from the tall Texan.) He was famous or infamous for insisting that on every sheet of foolscap – writing paper measuring 13.5 inches by 17 inches – we write JMJ – Jesus, Mary, and Joseph – in the left-margin and the date on the right-side (i don’t remember where we wrote our names). Also, he lectured and we were expected to take verbatim notes. He also checked homework. His was the only class that I did homework for, simply because he checked it. Most of our teachers only checked homework if during the homework review, you couldn’t answer their questions (any homework that I knew how to talk through, I didn’t do, because if called on, I could answer and prevent the teacher from asking to see my notebook and my homework).

We had final exams twice a year, first in December before the Christmas break and then again in June before summer vacation. There were no classes during finals week and you were expected to study and prepare for your tests in the time when you were not scheduled to write an exam. All finals were taken in the auditorium/gym and the Friday before finals we would bring our classroom desks down to the auditorium/gym and set them in long rows. You wrote finals either in a 2-hour morning session or in a 2-hour afternoon session (the afternoon sessions were most desirable, because you could study in the morning). The teachers proctored the exams.

Back in 1964/1965, all exams required essay answers and you had write in ink. Foolscap was provided and you could ask for as much paper as you needed. The only exams that had fill-in-the-blanks or multiple-choice questions were the French or Latin finals (verb conjugations and noun adjective agreements were common fill-in-the-blanks or multiple-choice questions). Father Pierce’s finals were renowned for their length and the amount of writing they required. And because of Father Pierce long exams, a saying developed among the “brains” (in 1964 terms like geeks and nerds were not in use, the geeks and nerds of that bygone time were known as brains). After taking Father Pierce’s final we would come out and ask each other, “How may foolscaps did you write?” Franchino always wrote more than the rest of us; I’m talking 15 to 20 pages in a two-hour sit-down. The expression stayed with us even after Father Pierce was gone from St. Mary’s. 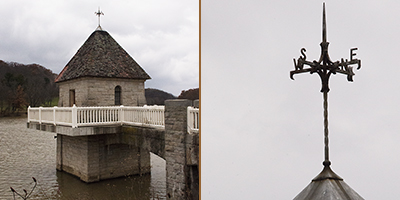 Today, I walked the circumference of North Park Lake – 4.7 miles. Google Maps tracks the circuit at 5 miles, but I took a .3 mile shortcut. I decided to start on Pearce Mill Road and to circle the lake north-shore to south-shore. The northern shore is amazingly diverse. First, Pine Creek that looks inconsequential from the south shore turns out to be wide and meandering; second, the north shore has all these new walking-paths that take you down to the creek banks; third, the north shore has all the historical plaques outlining the park’s origin; fourth, on this side are the historical stone structures – pump-station, boat-house – that iconically identify the park; this side also has the dams and spillways that create the lake and direct Pine Creek into the surrounding Hampton Township.