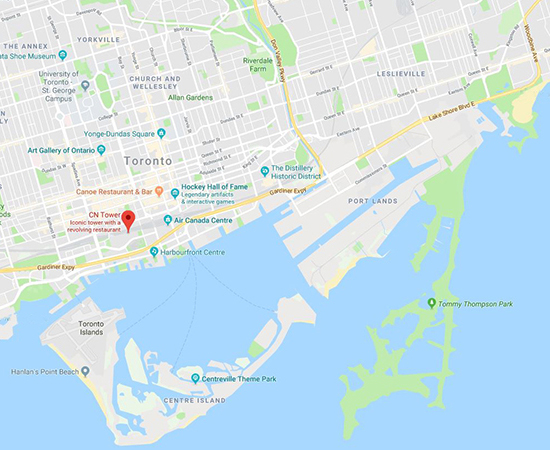 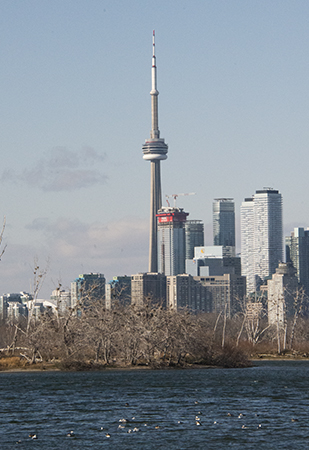 The Leslie Street Spit is a man-made headland, or land-fill, extending from Toronto’s east-end into Lake Ontario. Originally, it was conceived as an extension of the Toronto harbor, but it has evolved into a largely passive recreation area. On the map, it’s the green amoeba-like protrusion crawling into Lake Ontario. The area is officially the Tommy Thompson Park. Thompson is one of Canada’s famous Group of Seven artists.

Its common name – The Leslie Spit – is technically incorrect, since the land form is not truly a spit or a peninsula, but an amorphous landfill. The road running along the middle of the Spit is a southern extension of Leslie Street, hence the popular nickname.

The walk from the end of Leslie Street, on the mainland, to the end of the peninsula and back was 4.3 miles. (After two days of absolute miserable weather in Northern Ontario, it was great to find the sun again.)

The views of downtown Toronto are spectacular from this vantage point. The image on the right is deceptive, because it suggests that downtown is on the other side of vegetation. However, between the outcrop and the skyscrapers is the Toronto Harbor and Centre Island – better seen on the map.