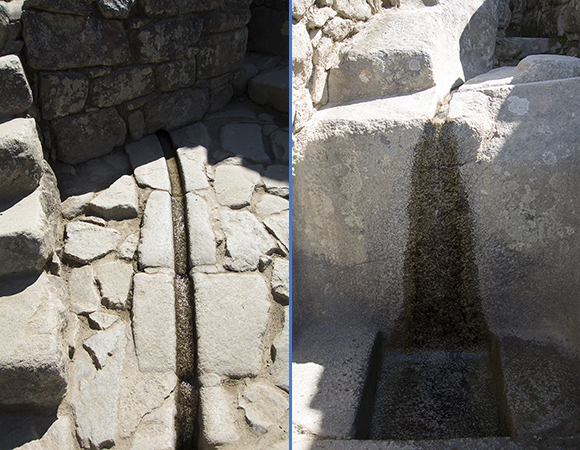 The settlement has a network of water troughs, pipes, and fountains that distribute the water the Incas channeled from the mountain streams in the vicinity. There’s even an underground sewage system that uses water to bring the waste out of the settlement and dumps it onto the agricultural terraces or over the mountain side.

The water story began on Tuesday when we entered the Sacred Valley. The valley is formed by the Urubamba or Sacred River. In the heartland of the Inca Empire, the Sacred Valley was the most important area for maize production; the valley also facilitated the import of products such as coca leaf and chili peppers from the tropical areas in the north and east. The valley was the main commerce channel to the empire’s capital at Cusco.

1The Milky Way a barred spiral galaxy with roughly 400 billion stars appears like a band of light in the night sky. The galaxy stretches between 100,000 to 120,000 light-years in diameter.