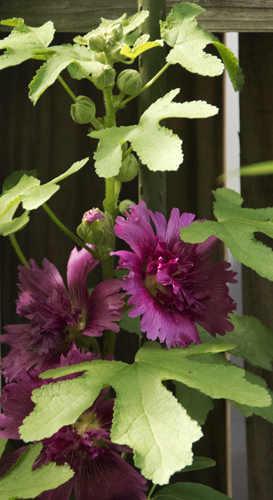 Talking to my mother about norther California was funny. She revealed that it had always been a place she had wanted to see. Don’t know why she never told me that before. When I told it was my first sight-seeing trip to the state, I had to explain why I had avoided The Golden State, The Land of Milk and Honey, La La Land. She laughed.

What I keep thinking about is the amazing weather. Tom-and-Kathi just put in a furnace in the last 3 years. (Can you imagine no AC bills, no heating bills?) And the fact that I spent the entire time with long-pants and a light sweater was amazing. Without sounding too sarcastic, I loved that fact that there were no references to England or English things. (The Spanish architecture is so much more interesting than the British influenced, severe buildings of Toronto.)

And then to top it all off, I got an email from one other Calabrian expat – Pietro – who lives in San Francisco. The four of us – Pietro, Gabriele, Carlo and I – left Aprigliano in the 50’s and came to the new world. Pietro’s family went to Montreal, but he couldn’t deal with the winters and left for Florida. But he left The Sunshine State, and headed for the golden, rolling hills of California. He opened two restaurants, one in San Francisco – Ristorante Parma – that his daughter still operates and one in Napa. Gabe landed in Toronto and is the most financially successful of the group. Carlo too ended up in Toronto where he is a partner in a healthcare firm. And Rick Wertheimer and I managed to build an innovative and successful charter high-school in downtown Pittsburgh.

For those who come to San Francisco, summertime will be a love-in there . . . Scott McKenzie’s song was one of my favorites and for the first time ever, I have hollyhocks blooming in my back yard – the accompanying image. But it was too late, by the time I got there, to wear flowers in my hair.