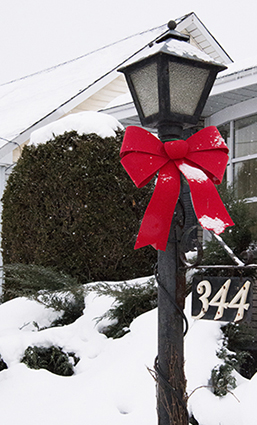 In the last week alone, Sault Ste. Marie has received over 4 inches of snow. The most recent snow activity was yesterday and today – it hasn’t stopped snowing.

The image on the left was taken before the new snow fall. Notice the picture-window on the right side. The majority of houses in this part of town were built in the 1950; and having a picture-window was how you announced that you were living in a new house and that you were a young family.

Talking with friends of my parents, a couple of facts intruded into my consciousness: