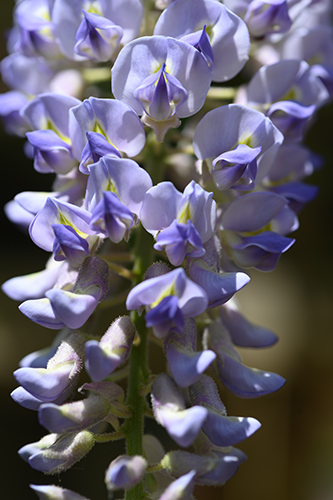 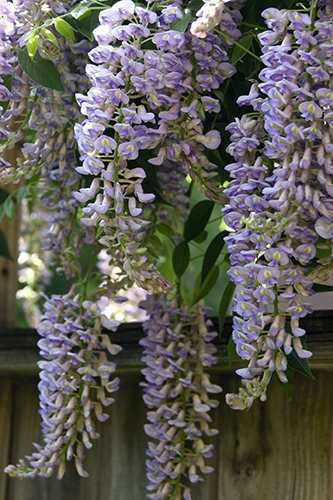 I was convinced that the wisteria bloomed in mid-June and it was early this year because of the the unusually warm weather – WRONG. I had to go back to 2017, but there it was – a late-May post that showed the wisteria in bloom.

This is the first year where the vine covers the entire top of the fence. (Last year the focus was on getting it to the end of the west-side.) The other surprise is that all of the vine, even the youngest stems, have flowers. And it also seems that there are more flowers than ever. (The pic on the right was added later to show the density of the flowers.)