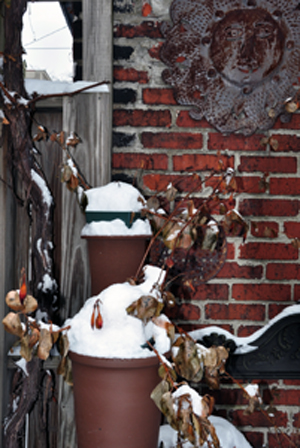 I’ve been listening to the song Where is Henry Ford by Micah Schraft and Eduardo Machado and it brings back memories of a bucolic Upper Peninsula and an industrial Northern Ontario. In that time, our eyes were all on Detroit, the powerhouse of the Midwest. It called many Southern Italians to this snow-bound land; its tentacles reached into Canada and it gave me the opportunity to work in the steel-mill and make enough money to pay college tuition and board.

But in my rush to liberation, to long hair I left behind the winter landscapes, the nights of conformity, the generation that had sacrificed to educate me. It was the 60’s, the time of the hippies and navel gazing.

We left behind the mills, the assembly lines, the unions, the suburbs and the sacrifices. I didn’t carry a lunch pail; I worked in mid-town Manhattan; I lived in Park Slope; I subscribed to conspicuous consumption. Michigan and Northern Ontario belonged to my parents. To the generation that had not gone to college, that had not found nirvana, that knew nothing of Timothy Leary, Mick, John and Ringo. We were going to remake the world. It was a new dawn.

So, why are our sons and daughters identifying themselves as children of decay? Didn’t we give them everything the new world had to offer? What do they mean when they claim to build a new future and accept the past as gone? Am I their past?