I’m trying to continue the commemoration of this most solemn of days. In Italian it is identified as Commemorazione dei Defunti. In my Italian elementary reader, the story for November 2 is about a dad explaining to his children the culture of the dead. The feast required us all to make a pilgrimage to the cemetery. 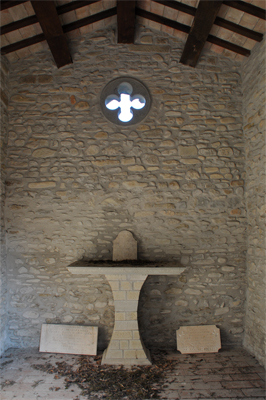 This summer in the mountains of Le Marche I shot a cemetery that was no longer in use. (The farm families have abandoned the rural cemeteries and have started to bury their loved ones in the more modern, bigger cemeteries on the outskirts of the towns that the farms surround.) The small chapel on the left was holy in its simplicity. It had been deconsecrated, but the silence evoked the stillness, the sanctity of the campo santo. (The common term for cemetery is Camposanto, or Campo Santo – holy field. It’s an ancient term suggesting that Christian cemeteries were originally built on soil from Golgotha brought back to Italy by the Crusaders.)

My first cemetery experience outside of Aprigliano was my grandmother dying in Sault Ste Marie. (When you move to a new country the young immigrate. And for almost 20 years no one in my family died. My grandparents were in their 60’s, my parents in their 40’s and then we the kids were next. All the old family members were back in Calabria and even though my parents would tell us when someone died, I had started to forget who many of these people were and someone dying back in Calabria was such a distant occurrence that I could forget its impact.) I remember the holding chapel where we left my grandmother’s coffin. It was a damp moldy space. I don’t know why we did not have a grave-side ceremony. The holding chapel was nothing like the one in the pic.