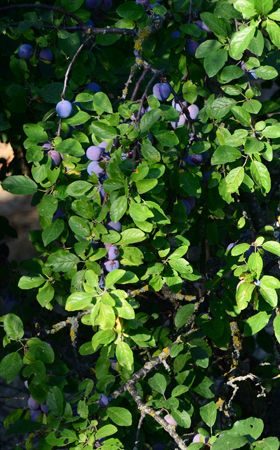 The first year here everything was new. Last year we explored the area. This year most of the novelty and drive to tourist are gone. We plan market trips and grocery store outings instead. (I guess that happens when you’re familiar with your surroundings. The day-to-day activities become the ordinary.) The following post is a reflection.

I’ve been trying to figure out why I like being here at Cà le cerque. Is it’s location at the top of a hill, the farm-land that surrounds it, the lack of city noises? The answer is the remoteness of it all. (In Israel, when we were in the Jordanian desert, I understood the stories of the prophets’ finding Yahweh in the desert and in the desert wind.) Here I understand why all the monasteries are in the mountains, why all the holy places are up in the mountains. Guess in ancient lore the sacred and the profane chose to live in the emptiness.

After a day of touristing, we come back the outside world is forgotten. I stop thinking about the mobs at the Fano market, the demons speeding the provincial road. The earth tones, the oak trees, the grapevines block all the noises from memory.