we’re off to see the wizard 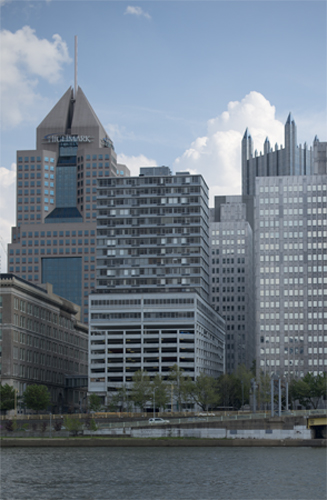 I went walking along the North Shore down by PNC Park. The city looks amazing from the north shore of the Allegheny. And with Phillip Johnson’s fairytale skyscraper on the left and the drill-bit building on the right, how can you think of anything other than Oz.

This is the d800e, 36 megapixels and hues of blue. (My favorite part of the image is the white cloud in the top right. The contrast with the blue spires and the blue sky makes the cloud marshmallow soft.)

It was also game-day and Pirate fans were all over the place. I love being in an urban setting and having people all around – people strolling in the riverside park, people eating and drinking in the restaurant and bars, people dancing and running on the pedestrian-only bridge. A spots venue in the middle of nowhere is desirable only for commuters; a sports venue in the middle of town is dynamic, rich; a sports venue in the middle of town is a celebration of urban living. It’s our twenty-first century version of the Medieval festival. In Pittsburgh, our knights are dressed in black and gold and today they were jousting with the red knights of Cincinnati.

I fear that here in Western Pennsylvania we are slowly adopting the European model of city-living – the city is for the rich and the suburbs are for the poor. Pittsburgh’s downtown, its Southside and its North Shore have been taken over by the next generation. The areas are full of young working people who eat out, who live in apartments, who drive small cars, who take public transportation. The poor, the old and the car obsessed are being priced out of the urban core and forced to go live in the outer-rings. As the city becomes more gentrified, more resident-friendly, suburban Pittsburgh is becoming more poor, more remote, more detached, old. I saw that in Manhattan; the island is no longer affordable by middle and lower-middle class families and certainly not affordable by low-income retirees. I don’t know enough about Baltimore, but with DC as the center of the metropolitan region could it be that it’s where the poor and the old are retreating?