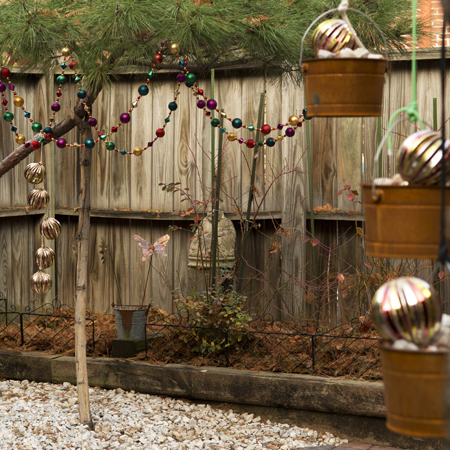 I’ve always know the various terms associated with Christ and Christmas and that they were part of the prophetic literature of the Old Testament, but I’ve never actually read any of the prophesies in context. The branch reference is from the Book of Jeremiah 33:14-16 – … in those days and at that time, I will cause a righteous branch of David to spring forth and he shall execute justice and righteousness … Amazing how male everything is and how men have been able to maintain this patriarchy for over two thousand years. Let’s not forget that the virgin prophecy denies women their power of procreation reducing them to mere passive vessels.

Is the root of tension in the modern world really about the assault on male power and supremacy? In fifty years when historians look back at this time, is that what they are gonna identify as the basis for the mess, the march to war? Currently, the tension is discussed in terms of oil, guns and Christianity – all male symbols. Rarely does anyone point out that if the woman running for president of the most powerful modern empire wins, the patriarchy will be lost. Let’s not forget that paragon of maleness – Henry VIII – gave way to Elizabeth who ushered in a new world empire. Will a female American president usher in a new world order? What are all those male-centered theocracies and monarchies gonna do if the US president is a woman? Will they ban together and oppose her at every turn like the Congressional Republicans did against the first African-American president?