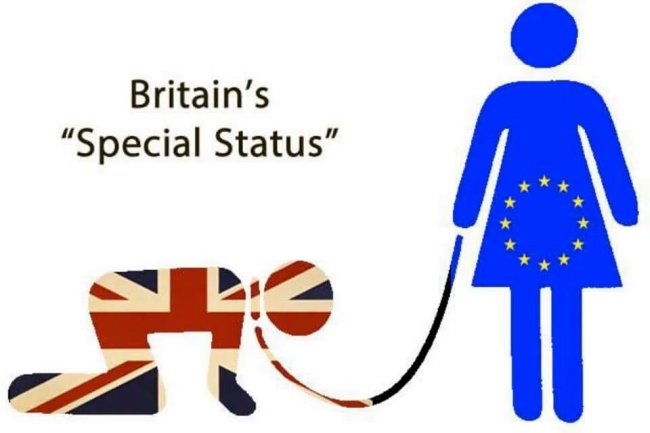 In the late Fifties and Sixties, the English1 in Northern Ontario looked down their very white, very superior noses on us dark-skinned Eyetalians and those good-for-nothing Canuks2. We were in their country; their mighty empire had beaten the Axis powers in Normandy and French on the Plains of Abraham. Everyone is surprised that Brexit is an anti-immigrant push clothed in sovereignty. I know all about English anti-immigrant prejudices. I lived under them for ten years. Fast forward to June 2016 and now we all get to see the infamous English xenophobia.

Yes, please leave; please BREXIT. Let’s see you all make it on your own. And when Scotland asks for independence and leaves the UK, then you will have truly made England great again. Just like Trump will make America great again by keeping everyone out. Never mind that London is the banking center for the continent; never mind that over 40% of British trade is with the EU. Why let facts get in the way. The poorly educated are out in force in both England and American.

We were in the Tower of London, in the room with the Crown Jewels and the attendant basked in their glow. She talked as if, by virtue of being English, the Jewels were hers too. OMG! Also, I found London to be the least interesting European capital. (I’m using the geographical meaning here.) It has none of the grandeur of Rome, the elegance of Paris, the energy of Madrid, the vision of Berlin. Its Lego-block proportions and its horrible climate make it undesirable. And the London Eye and 30 St Mary Axe – The Gherkin – are ugly silhouettes in the London sky. (This is the best hoity-toity, English architects can do? But I forget, by virtue of being English these designs are naturally superior.)

Many Americans think Churchill was a great man. I think he was a narrow-minded, aristocratic bigot. He and his people gave us the British Mandate for Palestine; a proclamation we are still reeling from. He bankrupted Britain and sealed its post-war standing. And in 2016, the left-overs believe that in exiting the EU, they can reclaim their Churchillian legacy. Please, I want to watch good-old-England retreat; I want to watch good-old-England go it alone. I wonder who is going to change the soiled diapers of all them hoity-toidies in their very English, very proper nursing homes? Oh wait, the better people don’t soil their diapers. What am I thinking? Well what can you expect from an Eyetalian?

Many Americans, especially the Anglophiles, are wringing their hands at Brexit. How can they participate in English snobbery if England gets reduced to an insignificant footnote? How will they get their better-than fix if Downton Abbey is left in the dustbin? How will they know how to lord it over the rest of us if they can’t imitate the English? What will happen to Sunday night if Masterpiece Theater is cancelled? And will The-Bard-of-Avon be shunned in favor of them plebeian, American writers?

In Italy, all questions around Americans purchasing property lead to London. And where that sounds good, it adds bureaucratic layers and exorbitant fees. For most Americans looking to buy in Italy, dealing with the hoity-toidy English is reassuring; but for an American with an Italian passport, the option made buying in Italy prohibitive. (The London bankers and agents want only American millionaires.) Leaving the EU would restructure this relationship and put it back into the hands of the banks and real-estate agents on the continent.

And why does Brussels want to keep Britain in, when the formerly-great refuses to adopt the Euro? Cut them and their Pound-sterling adrift and let’s see how little-old-England does in a global economy.

My last invective is for George Will, a Washington Post political commentator. I used to like reading his column; he could generally be relied on to present a well-thought-out, Conservative view-point. In recent years he’s become a pedantic ideologue. Mr. Will has naturally taken sides on Brexit and he’s for it. How dare Brussels impose its will on the formerly-great. And England should resist such incursions on its sovereignty. Isn’t it great when privileged, white men advocate for no government regulation; isn’t it great when wanna-be aristocrats advocate for the one-percenters; isn’t it great when the bow-tied class hides English-bigotry in Oxford-syntax. Mr. Will has been the mouth-piece of the establishment, the Protestant ruling-class his whole career and finally one of its own, Donald Trump, has exposed the word-wizard. I can no longer read his column without seeing the loathing for anyone who doesn’t belong to his social class.

The image is from the Brexit campaign. I chose it, because it feeds my prejudices that English men are wimps and susceptible to sub behaviors. And I love the fact that the dom is female and European.

1  generic term to refer to all non-European, non-Native whites
2  derogatory term for French-Canadians

Note: The killing of British politician Jo Cox, by an alleged white-supremacist-sympathizer, will probably tip the vote against Brexit.
The poorly-educated angry-whites can’t seem to keep their rage under control long enough to win a match.