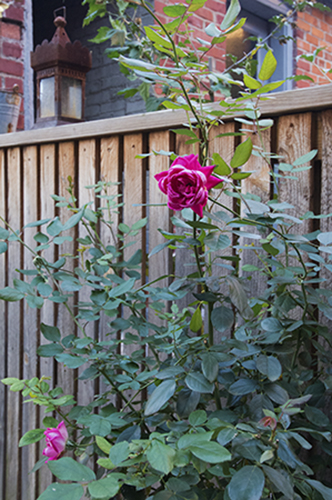 I just finished listening to J.D. Vance’s book Hillbilly Elegy: A Memoir of a Family and Culture in Crisis. And just as Studs Terkel’s interviews take on an added dimension when listened to; and just as a production of Romeo and Juliet makes the young lovers real; J.D. Vance’s voice adds an element to the narrative that no written-page can elicit. The oral telling, just like Terkel’s tapes and Shakespeare’s stage, makes the characters, the misery, the deliverance human. Personal accounts and Shakespearean plays need the voices of the narrators and actors to give us access to their meaning, their wonder, their power.

Mr. Vance’s story is familiar and his retelling makes it both personal and universal. But what I walked away with was the role of American consumerism and capitalism and their destructive impact on the lives of a family and culture in crisis.

In 1989 when the Berlin Wall fell, the media proclaimed the end of Communism and the triumph of Capitalism. The ills and decadence of the Russian ideology were examined and found lacking compared to the gifts and meritocracy of American capitalism. And for the next 30 years, we never questioned this hypothesis, we never saw the ills and decadence of a consumer society. And where Mr. Vance goes nowhere near the idea that American consumerism is a puppet-master force-feeding its people, I wanna go there and write about capitalism and consumerism as the two viruses changing modern America to a land of buyers.

In America, everything is for sale. And in the last 30 years, the American corporations and the American government have married consumerism to the American Dream. We now equate success with stuff especially brand-name stuff and the more you have the more successful you are.

No, we talk about the devastating effects of the epidemic. And those are real and they are destroying individuals, families and communities. (J.D. Vance talks about all the people in his family, in his community for whom addition was and is a way of life.) But nothing will change, because to make honest, real change is to control the process that begins in some off-shore factory and ends in the dispensation of the drugs, by a certified doctor, to a people that have been convinced, through extreme marketing, that drug consumption is our right, that drug consumption will make us happy. (The widespread marketing of drugs began in 1995 when the FDA changed the rules. There’s even an official name for this marketing of drugs – Direct-to-Consumer Advertising (DTCA).)

And in our consumer driven economy, it’s hard to figure out where the balance is between life-saving drugs therapy and addiction. When we as constantly told to buy it’s hard to distinguish a harmful drug from a miracle drug when the commercials show happy, happy consumers.

There is a very depressing anecdote in the J.D. Vance book about the horrors that Christmas gift-giving wrecked on his family. The narrator is under 3 years-old, and his addict mother spends money she doesn’t have and good-will she desperately needs just so she can buy the latest “hot” toy for a child who has no idea about “hot” toy. And In a world where all Christmas purchases are good, there is no permission to ask, do I need that item?

For me the story wasn’t unique to Mr. Vance’s family. At Christmas, insincere, extravagant, extreme buying is the rule. And the campaign to get everyone to buy begins at the end of September. 30% of a retail store annual sales happen during the Christmas shopping season. And In a world where all purchases are good, there is no permission to ask, do I need that?