Rose and Derrick took me to the airport for a 10:15 flight. The line to the counter was through the entire lobby and it took 45 minutes to get to the attendant. Many of the people in line had shown up hoping to get on stand-by, but the flight was sold out. When the airport is 20 minutes away, it’s OK if I have to drive back home. Also, many of the college kids were in line with their parents. The other surprise was that these same kids hadn’t checked-in online. Having checked-in the night before, it took me 5 minutes to get my bag tagged; and I headed off to security. (I even had a container of cullurielli cu sarde for Joe that his had made and because of all the chaos, no one said anything about the extra carry-on.) 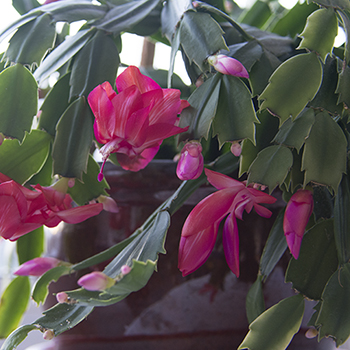 The unprepared delayed boarding, but when we were all on-board, a woman in front of me picks up and heads out. (For a minute, I thought I must have been on the wrong plane, but then I remembered I was in Sault Ste Marie and there was only one Air Canada plane on the tarmac.) Once inside the terminal you could see her flaying and I’m assuming yelling. Immediately, a security group gathered around the crazy. Next, the baggage people started scrambling to retrieve the crazy’s luggage. Meanwhile the show went on in the terminal; too bad we had no sound. But soon the door closed; the plane was de-iced; and we headed to the run-way. Crazy, part one – done.

In Toronto, Joe picked me up and we headed off the Sherway Gardens Mall for lunch at Pusateri’s – a high-end Italian eatery. I had roasted turkey and rapini. Next we went for coffee; then made our way to Sacks; and finally to his house for a glass of wine. He got me back to the airport around 4:30 for a 6:30 flight. (I had no idea how long it was going to take me to get through security and customs, so it was OK to have the extra time.)

Air Canada has service to most US cities within an hour’s flying-time of Toronto. However, the gates for these routes are in the extremities of Terminal 1. (Last Wednesday, it took me 30 minutes to walk from the gate to customs on the arrivals’ level.) The gates are in a long corrugated metal structure and the waiting areas are in the hallway. And sitting there for an hour afforded an amazing people-watching experience. First of all, anyone who says Canadians are not as fat as Americans is delusional. I repeatedly kept thinking – how is that person gonna fit in an airplane seat? And then the kids. There was a mom with two kids; she spent her whole time reading off her iPhone while her two brats touched and played with anything they could reach. There was a second family, waiting to get on a Cleveland flight; they had three small kids who were so misbehaved that the dad gave one a spanking. And there was the odd couple going to LA via Kansas City; the young woman looked like the Goodyear blimp and the young man was skinny and very metro. And then to top it all off came the wheel-chair people; if you can’t walk on your own, what the hell are you doing traveling during Christmas?