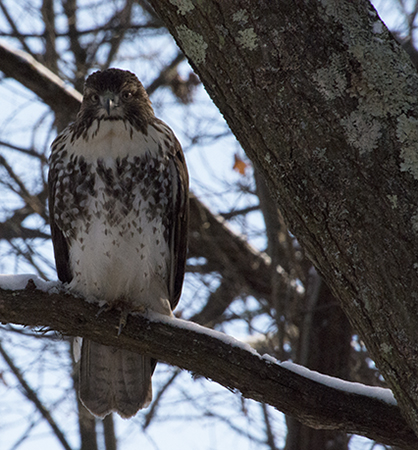 he who makes himself a dove is eaten by the hawk

The title is an old Italian proverb. I like it, because it describes the current political state of Democrats and Republicans. As Democrats, we are well off; civil rights are a foundation of the party; we champion LGBT people; we support net-neutrality; we believe in climate change; we stand for a woman’s right to choose; we want health-care for all; we believe wealth should distributed not concentrated; and we believe that a good education is a civil right. And yet, in 2016, we were shellacked by nasty, rapacious Republicans who with their first piece of legislation will take away health-care from 13 million poor Americans, forbid health-care to millions of children; loot the treasury to give their cronies – the richest Americans – even more of our money; and to make up for the revenue loss, will make poor people pay more taxes. The hawk has eaten the dove.

The only pause, and let’s not pretend it’s anything else, in this carnage, is that yesterday, Alabama voters, for the first time in 25 years, elected a Democrat to fill the seat vacated by Republican Jeff Sessions. (In the 2016 presidential election, 62% of Alabama voters voted for the Republican candidate. Clinton got only 34% of the vote in this very Red state.)

The image is from my walk up Walter Road in North Park. As I was climbing the hill, the hawk lighted onto the snow covered branch; he was quite a way up from me. The 18-400mm lens allowed me to capture the predator from a distance that didn’t disrupt or disturb him. I stood there and did shot after shot, hoping that one would come out; and when I saw the above image, I knew I got it. Isn’t he glorious. Makes me think of Albus Dumbledore. (I sent the pic off to the the naturalist at the Latodami Environmental Center for ID. And I may have to change the pronoun once she gets back to me.)

I walked from the Off-leash-dog-area parking lot to the Kummer Road parking lot; a distance of 2.5 miles with an elevation of 190 feet. I climbed the Walter Road hill twice.

In researching the proverb, which I never found in Italian, I came across another one which is in keeping with the tone of the post. (My translation is more sentiment than literal.)
l’amicizia fugge della ricchezza come colomba del falco 1  —  friendship is destroyed by wealth, like a dove is destroyed by the hawk.