On Saturday, we got 6 inches of snow and on Sunday I went out and shot pictures, especially of West Park. I really like shooting snow landscapes. 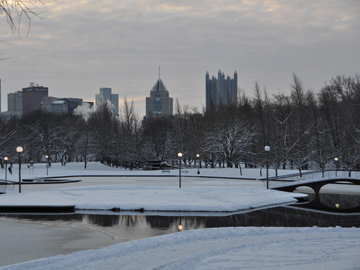 I also began shooting in Manual. (Not sure why or what prompted me, but I turned the dial to M and have left there.) Walking to the park, I was hoping for the sun, but it never came out. Pittsburgh in December is colorless. It reminds me of Narragansett all those years ago when there was no let up from the grey Atlantic, and the grey skies. Even Christmas Eve in the monastery chapel with its songs, candles, liturgy and friends was bleak.

This year Christmas is on a Friday and for the first time since we opened City High, I decided to stay in town for a couple of days and head out for northern Ontario closer to Christmas day. (It also happened that neither of my cousins were available for our pre-Christmas get-together.) This change has meant that I’ve been home the last four days.

I’ve been unhappy that I haven’t been out doing more shooting, especially when I was driving into work and the morning sun bathed the rivers, so once home for vacation, I’ve gone out every day. Yesterday I did some follow-up shooting and began to notice the many doors decorated for Christmas so I turned the camera and photographed them. I found a great shot that ended up as the main image on the website. That shot suggested that I change the focus of the next gallery and make it all doors. 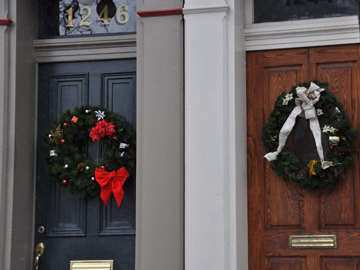 The shot is of two doors side-by-side with a wreath on each. It’s my kind of shot, a composition that is dark but unusual in its recognizable and mismatched ornamentation. I was amazed to get home and find this image. (I don’t know if all photographers have that wow experience when they see an image that they shot, that surprises them.) I don’t know what I like best, so I’ll list my wows – the red ribbon on the dark-blue door, the white ribbon on the wooden door, the placement of the two ribbons – one in the bottom right, the other on the top middle, the house number on the left door, the white trim on the wooden door.

The other unusual thing is that I have no decorations in my house. I wonder if I’m compensating. 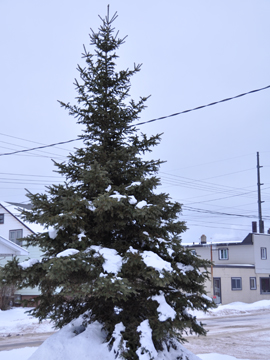 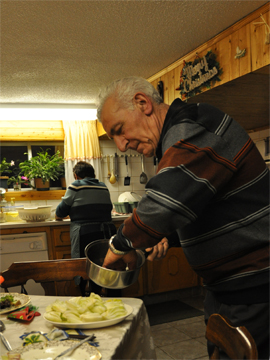 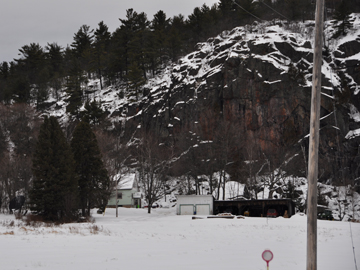 After dinner on Friday, I started taking people pictures. (I hate doing it, but I’m forcing myself and each time I learn something.) Many of the pics were not well lit, and it took me a while to find the best shutter speed and aperture measure. And when I did get my settings figured out, I began to shoot the women in the family. 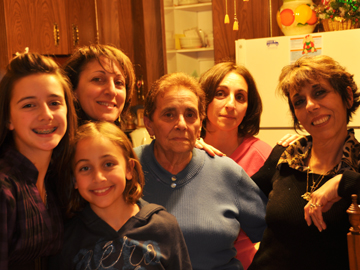 I go on about the assertive, intelligent women in the family and I always group them with Mafalda and her side of the family – the Savaias. I don’t mess with anyone in this group.