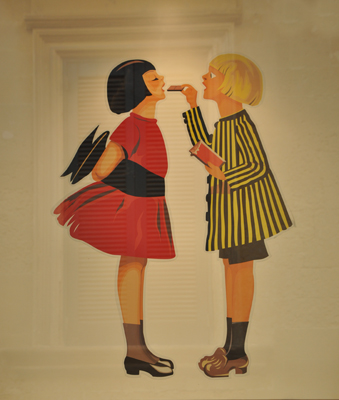 We drove down to Lecce. It’s a city of contrasts – the old city is full of Baroque architecture, the new city is full of modern, well-designed buildings. Lecce is the largest city in the Salento Peninsula. The County of Lecce was one of the largest and most important fiefs in the Kingdom of Sicily from 1053 to 1463, when it was annexed directly to the crown. From the 15th century, Lecce was one of the most important cities of southern Italy, and, starting in 1630, it was enriched with precious Baroque monuments.

The old city is exceptionally well maintained. Where the Baroque cities of the Valle de Noto were not well preserved, Baroque Lecce is being rehabbed and made even more splendid.

The old city is large and because southern Puglia is flat, the elevation that gave us perspective and direction in Sicily was missing in Lecce. This made the experience of exploring the old town more like a walk in a rabbits’ warren. And the add to our confusion and discomfort, the place was crawling with bus-loads of tourists.

We parked the car outside the old city and I got Derrick to program its location into the GPS so that we could find our way back. And it’s a good thing we did, because even following the GPS in walk-mode it took us a while to get out of the old Medieval town and back to the car.

The above image is an old ad for a chocolate store in the heart of the old town.