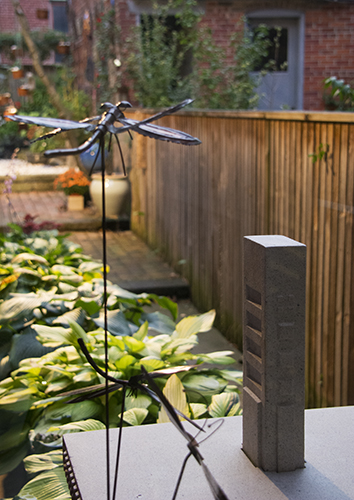 First-love is an amazing experience. For the first time in our lives we can name the feelings, the emotions, the attractions. For the first time in our conscious mind we can wallow in lust, in obsession, in euphoria. Its breath warms synapses newly formed; its kiss whispers across dry lips; its words echo forevers. What an intoxicating time. No wonder we all want it back; no wonder we all believed nirvana was possible. But the exploding emotions were already in us, first-love just pulled them together and focused them onto the newly discovered beloved.

And when that amazing experience ends, its tendrils migrate into memory. And in memory, first-love becomes ephemeral, it becomes phantasm. It shimmers; its edges blend into sunset, into yellow moonlight, into shadow.

But first-love will always be out-of-focus, because it’s swimming in the archives of memory.

There is a cultural definition of first-love that tells us it was the best, that it was the ultimate, and that all others will fall shot. There’s a strong suggestion that if first-love could be kept, we would have our heart’s desires; we would be forever happy; we would champion monogamy; we would celebrate faithfulness.

In the opera Nabucco, in the famous chorus – Va Pensiero – Verdi warns that memory is both dear and fatal – O, membranza, sì cara e fatal. And yet many of us have driven back into that foreign country of first love, into that land of raging lust and youthful obsession. Many of us tried to negotiate the space between the then and the now only to find an unbreachable chasm. Many of us tried to integrate that first-love into our present and found there was no fire to solder the joint. Many of us who’ve chased after the memory of first-love have come away bruised.

Because none of us realized that in our thirties, forties or fifties we were not the same people we were at the time of first-love. In our thirties, we had a crappy car and no bank account; in our forties, we had mortgages and children; and in our fifties, we have aches and pains and disappointments.

Is it any wonder that in the great love stories – Romeo and Juliet, Paolo and Francesca, Ana Karenina, Brokeback Mountain – one or both protagonists die? The great writers knew first-love was temporal, but memory wouldn’t let it go, wouldn’t let it stay in its historical space. They therefore killed off one or both lovers sealing the beloved in a funeral vault and forever closing the road back except through untrustworthy memory.