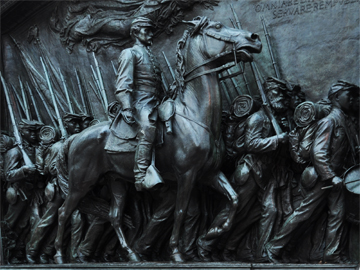 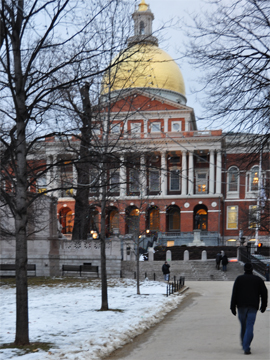 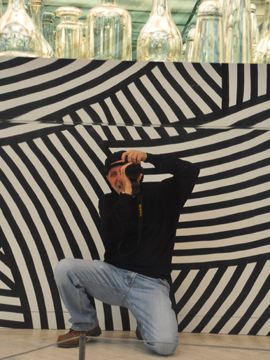 The first time I ever shot in a museum was last fall in Portland. That experience was interesting mainly because I ended up using the wide-angle lens and focusing on items I could shoot with the flash. And by getting real close, the lens gave me some great pictures. (I keep forgetting the adage – walk to the subject, don’t zoom it.) On Saturday, I wasn’t sure what to expect when I walked into the Boston Fine Arts with my camera. This time I mounted the 18-200mm – f/3.5 not sure what the results would be. This is my work-horse lens. What I didn’t expect was a well-lit environment. Can you imagine, it never occurred to me that objects in a museum would be well-lit. Once I figured that out, I shot everything I liked.

The image on the left is probably my favorite. It’s my ‘Antonioni’ picture. I’m referring to the poster for the film BLOW-UP, Antonioni’s first English language movie, released in 1966. I may not be straddling super-model Veruschka, but the image is as close as I’ll ever get to the iconic pose on the famous poster.

What you’re looking at is a reflection. I am shooting the image in the mirror. The mirror is the base of the display – Endless. The bottles above the mirror are the actual display. The black swirls are in the wall paper I’m kneeling in front of. 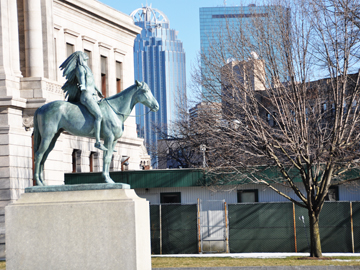 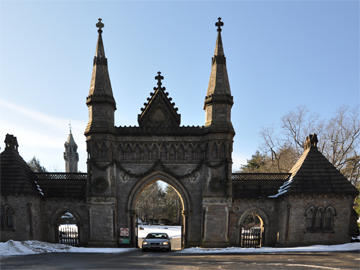 Saturday morning, Mac and I went first to Forest Hills Cemetery and then to the Boston Museum of Fine Arts .

Forest Hills, chartered in 1848, is among the first ‘park-cemeteries or rural-cemeteries’ in the nation. (Allegheny Cemetery, opened in 1845.) The entrance is Victorian and massive. What I really liked is the bell-tower. In the pic, it’s on the left in the background. It’s a functioning bell-tower and tolls the hours. I haven’t found any other cemetery with a working bell-tower. The picture composition was serendipitous, the car drove through as I was shooting. And I must have shot at the right time to capture the car without any streaking.

I will add pictures of Forest Hills in the Additional Pages on the cemetery text-section of the webpage. 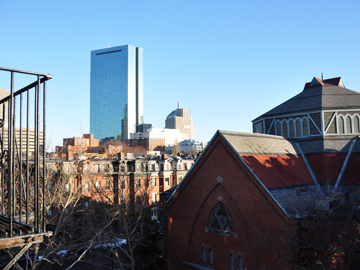