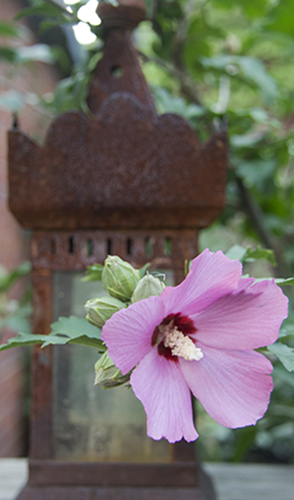 It’s official, we have moved into fall.

The rusted lantern sits on top of the fence between my back-yard and Carl’s; the Rose-of-Sharon is in his yard, a legacy of Joe and Rose Ferrara the previous owners.