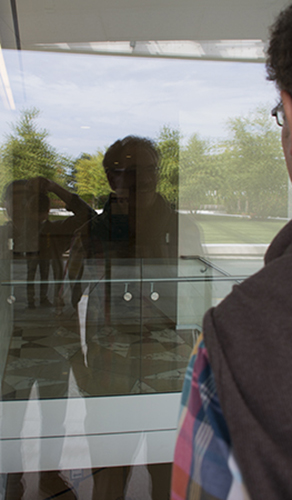 where did it go …

Consiglio’s Kitchenware has been on St. Clair (this northern east/west thoroughfare is always referred to without the street identifier) for as long as I can remember. Every time my parents, my uncle-and-aunt visited Toronto a trip to St. Clair and to Consiglios was mandatory. (all my stovetop espresso makers, my colanders were bought at Consiglios)

My grandparents and their fellow immigrants settled in the west-end around College. (In everyday language, this southern east/west thoroughfare is also referred to without the street identifier. This use of the street name without the road, way, crescent … identifiers is very common in Toronto. The exception is Avenue Road.) Back then the city was a small urban grid hugging the lake-shore. The next wave – my parents’ generation – stayed in the west-end, but went north to St. Clair.

There’s a great story of my dad and I standing in front of a woman’s apparel store, holding bags containing half of a goat that one of his paisani had to cut up; my mother, seeing the sale sign, had rushed in looking for a bra, because after all the bras on St. Clair were so much cheaper than anything she could buy in that little outpost better known as Sault Ste Marie. And not to be outdone by the two old people, I texted Welch and described the whole absurd scene.

Welch, I’m in the middle of St. Clair holding two bags of goat meat
My dad is cursing, there’s blood running out of a bag and onto his shoe
My mother is in the underwear store
I can see her through the window, she’s touching the bras feeling them

My generation left the city behind and moved further north into the suburb of Vaughan and Woodbridge.


Franchino wanted to go to St. Clair to Consiglios to buy red remembrance candles for his mom to use at the cemetery up in Sault Ste Marie; I was looking for a stovetop, Neapolitan coffee-maker. We went to the small parking lot on Via Italia (I’ve been parking here for years) and made our way to the store. St. Clair isn’t the street it used to be; there are several vacant store-fronts and the foot-traffic is minimal. And when we got to the store that used to be Consiglios we found an empty building. “What is happening? We’re at the right place, right? Where’s the store?” On the door was a small sign announcing their new address in an industrial area off the western QEW.

The new store has a series of small showrooms, but its focus has shifted from a traditional brick-and-mortar store to an online business. (My parents have lost their favorite store.) The owner explained that going online, going virtual was the only way to survive. “We’re trying not to go the way of Sears.” OK, I understand, but my world has tilted. A store that has been there all my life, a store where I bought most of the items in my kitchen, is now doing business in the ether.